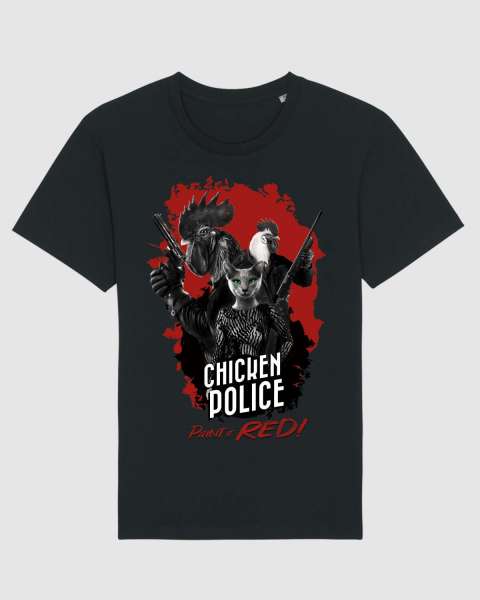 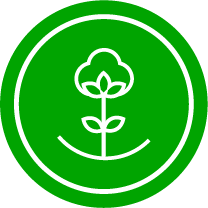 Made from 100% GOTS certified organic cotton from India and without the use of chemical substances, this t-shirt meets all the standards for compliance with healthy environmental practices on this planet.
Thanks to a special printing technique, the water used for printing can be reused, reducing the overall consumption of groundwater in the production of the T-shirt by 91%, thus saving valuable resources. 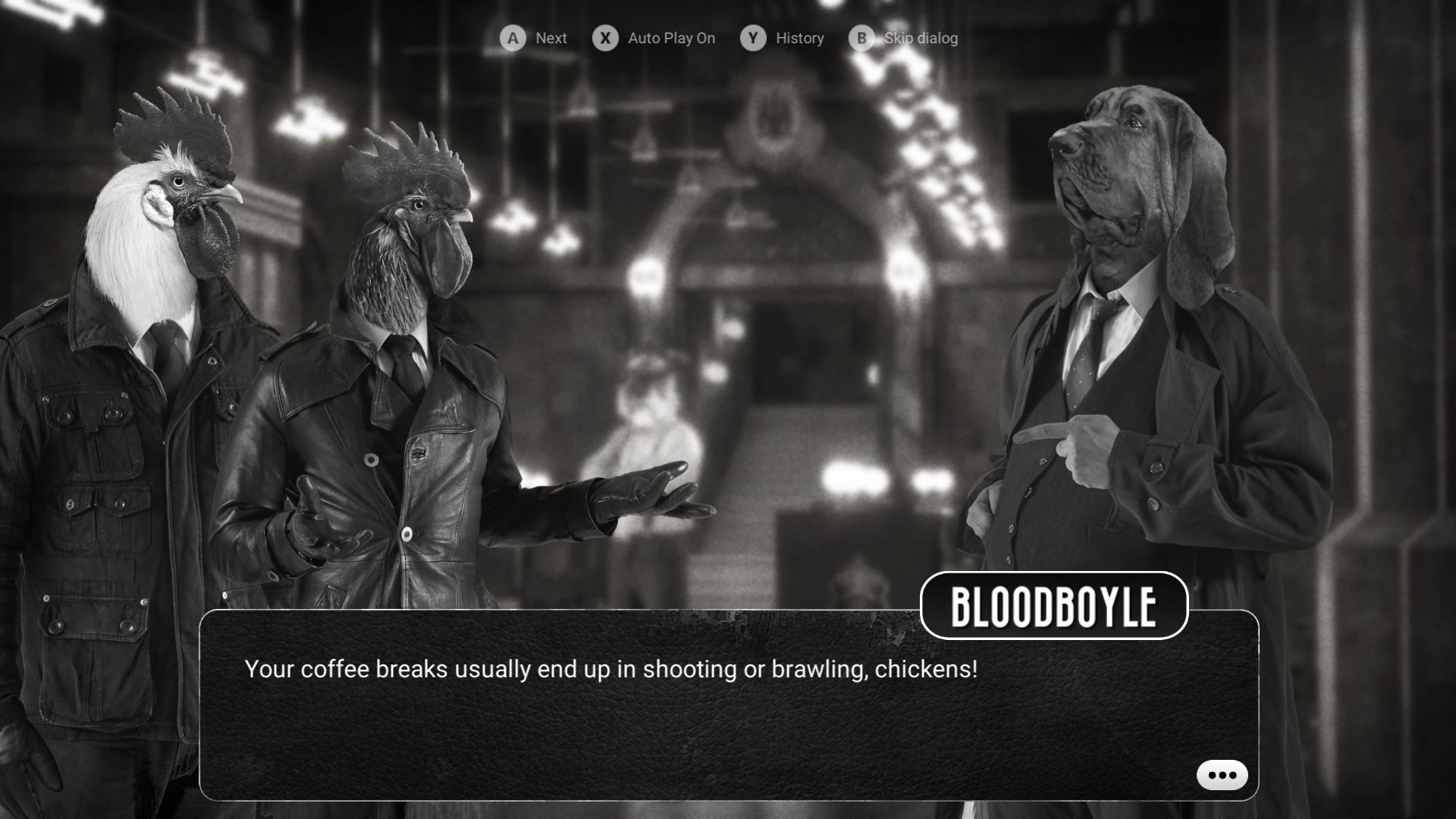 MEET THE CHICKEN POLICE Sonny Featherland and Marty MacChicken were once a legendary detective-duo, called the Chicken Police. But that was almost a decade ago, and time had ruthlessly passed them by. Now Sonny and Marty are forced to work together on a case that is weirder than anything they've ever encountered before!
NARRATIVE-DRIVEN, DETECTIVE GAMEPLAY Chicken Police is a story-rich and dialogue-heavy game combining elements of the visual novels and classic adventure games. The game has more than 30 characters to talk to, with some having to be seriously interrogated.
EXPLORE THE CITY OF CLAWVILLE (again, and again...) There are more than 30 places to visit and some of them will change several times during the story. You can return to previous locations on several occasions, to find hidden secrets, meet new characters and gather information about the world and its inhabitants.
A CINEMATIC EXPERIENCE Chicken Police has a weirdly stunning visual style made with the usage of real photos and photo-realistic 3D backgrounds, inspired by classic film-noir movies and influenced by animated features. Its noir mood is enhanced by an original music soundtrack, backed up by professional voice acting for all characters with more than 8 hours of spoken dialogue! Chicken Police is a satire, which recalls the mood and atmosphere of the 40's film-noir movies, and as the best noirs and hardboiled detective stories, it's so gritty and hopeless, that it can only be served with a lot of cynical humor. Discover all products
This website uses cookies, which are necessary for the technical operation of the website and are always set. Other cookies, which increase the usability of this website, serve for direct advertising or simplify interaction with other websites and social networks, will only be used with your consent.
Decline Configure